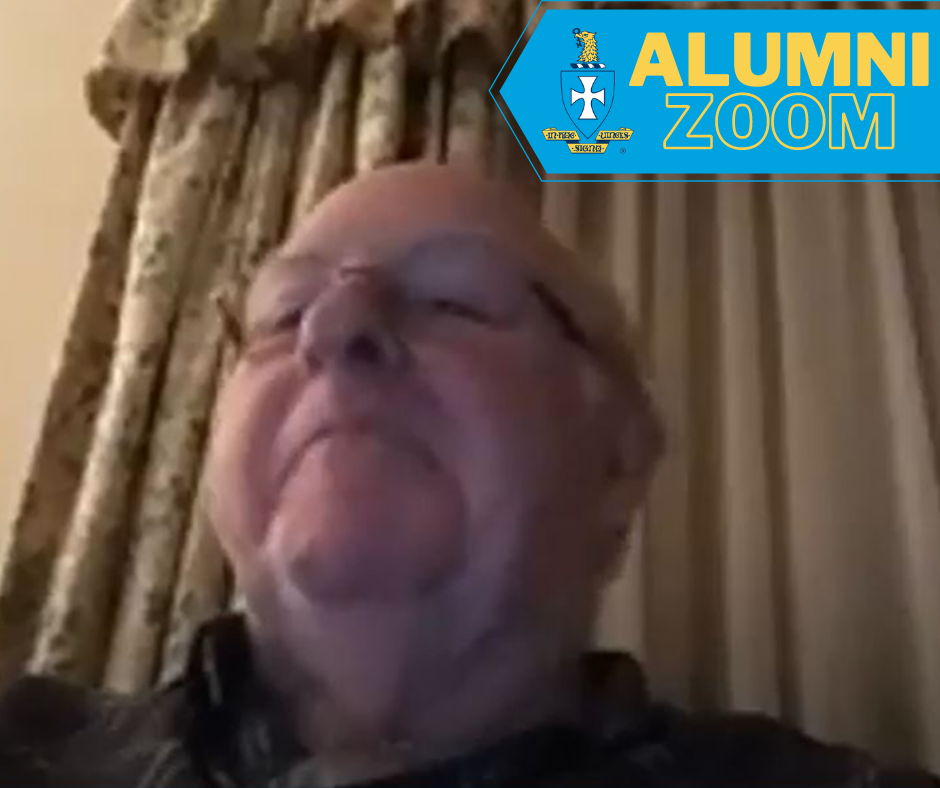 Recently, Tom Farrell ’68 was part of a Zoom call to talk about Sigma Chi and how the Phi Phi Chapter influenced his life.

“The truth of the matter is that during my freshman year, Sigma Chi was more interested in my roommate Axel Berg than they were interested in me,” Tom said. “I just came along for the ride.” As it turned out, Axel left Penn for the Vietnam War, and it was Tom who joined Sigma Chi.

And a ride it turned out to be. He soon found himself in a pledge class with a group of men like John Dickerson ’69 and Charlie O’Neill who would become lifelong friends, and the Sigma Chi sweetheart Nancy Larsen became his sweetheart. They married after graduation in 1969 and celebrated their 50th-anniversary last year.

He says that some of his favorite memories were the parties at the house. “There was a band we liked called Ivory Jim and the Headhunters, who were all Princeton graduates.”

Tom hasn’t been back to the house, or Penn, in several years, but he’s stayed in touch with the friends he made. “We’ve worked to stay in touch,” he says.

Working on maintaining the bonds of brotherhood is crucial, he says. “It’s important to participate with each other after graduation. As you start your career, you need to stay in touch and keep up with what your brothers are doing. I am still very much in touch with my best friends from the fraternity.”

As he looks back on 52 years since he graduated from Penn, he advises today’s active brothers to take advantage of their time at the house. “Participate in anything you can while you can. You are there to study, but that’s not what you’ll remember the most. Participate in all aspects of university life. Go to football games, go to basketball games. Just do it.”

Would you like to reconnect with your pledge brothers with a Zoom call? Let us host a call with you and your brothers, reminiscing about the time in the house and what’s happened in life since graduation. Email us at alumninews@affinityconnection.com to get started!